Etheric Retreat of the Archangels of the Second Ray

The retreat of Archangel Jophiel and Christine is in the etheric realm south of the Great Wall near Lanzhou (Lanchow), over the plains of central China.

From the yellow flame of illumination focused here since the first golden ages have come the wisdom of Confucius, Lao Tzu and the civilizations of ancient China that reached great heights long before there was even a stirring of culture in the West.

In the distant past, China’s rulers held mystical contact with the hierarchs of Archangel Jophiel’s retreat. As long as these initiates held the mandate of heaven — the divine right of rulership — and ruled the land, the civilizations of China grew and prospered under the radiance of the golden sun of cosmic wisdom. 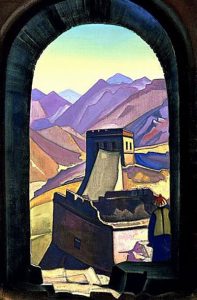 The great science that was brought forth in ancient China came forth under the influence of the retreat of the Elohim Cyclopea and Virginia. The influence of their retreat and that of Archangel Jophiel and Christine brought forth the wisdom of China and inspired the inventive minds of the Chinese people. Their momentum of gentleness, of the family unity and of service to one another comes from the flame of mercy in the retreat of Kuan Yin over Beijing.

Father, into thy hands I commend my spirit.
O my soul, let us arise from our abode.
Mighty I AM Presence and Holy Christ Self, with Archangel Michael and a cordon of blue-lightening angels, transport my soul clothed in my finer bodies, fully equipped with the armor of God, to Archangel Jophiel and Christine’s retreat near Lanchow, China or to the designated place of my Holy Work this night. Escort me, instruct me, and guide and protect me and all co-servers, I pray Thee, now and always as we serve to cut free all life on earth.

Etheric Retreats of the Archangels

Summit Lighthouse Books on the Archangels:

Books by Mark and Elizabeth Clare Prophet on the Archangels and their prophecies to mankind on the world’s returning karma. Spiritual books on how to work with the violet flame and the angels for personal and world spiritual transformation and global change.