The Arabian Retreat of the Great White Brotherhood

The Spiritual Retreat of Jesus and Nada 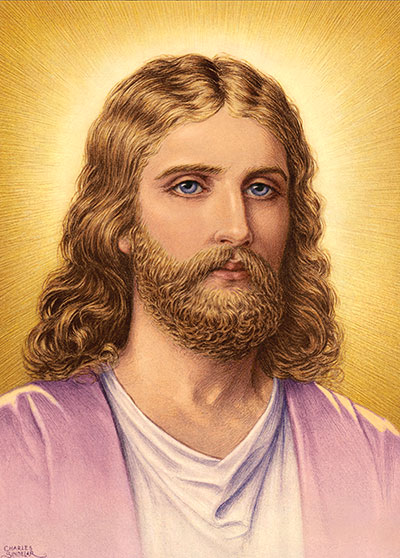 Jesus and Lady Master Nada, the Chohan of the Sixth Ray, oversee the retreat of the Great White Brotherhood in the Arabian Desert, northeast of the Red Sea. Archangel Raphael and Mother Mary and Archangel Uriel and Aurora also serve from this retreat with legions of angels of peace.

Description of the Arabian Retreat

The Arabian Retreat is in a complex of buildings that were hermetically sealed by the ascended masters before a cataclysm covered them with desert sands. The tops of the buildings are now 125 feet beneath the surface.

Every seven years the International Council of the Great White Brotherhood is held in this subterranean city. The retreat is entered through an opening wide enough to admit cars, which drive down an incline into a parking lot and service area two hundred feet in diameter. When the jaws of the earth close, all that can be seen is desert, with no indication of the location of the retreat.

Descending almost four hundred feet by elevator, we enter a huge chamber with large columns, three hundred feet high and decorated with hieroglyphs. We proceed into an adjoining council chamber two hundred feet square, having a single great column in the center supporting the arched ceiling.

At the base of the column inlaid in the floor are the cosmic symbols of the twelve houses of the sun. We note that they are different from the signs of the zodiac currently in use in the outer world. The entire architecture, as well as the interior design of this subterranean city, is of an ancient style resembling that which we think of as Greek and Roman.

As we are shown the marvels of the retreat, we enter the television chamber where there is a large reflector upon which one may observe, by the mere turn of a dial, the activities occurring at any given point upon the globe. In the adjoining radio chamber, completely proofed against sound and vibration, there is an instrument that is used to tune into sounds or conversations occurring anywhere on the planet.

Thus, the masters have immediate contact with the activities of the outer world. The master K-17, head of the Cosmic Secret Service, frequents this retreat and uses these instruments to gain first-hand knowledge of the activities of the brothers of the shadow and their plots against individual and national freedom.

There is a chemical laboratory where initiates learn how to counteract germ warfare, poisonous gases and chemicals when such are released on a large scale for controlling the masses. In the cosmic-ray chamber, students are taught the use of the seven rays and how to direct them for the blessing of mankind.

In the chambers of art, music and state, new techniques are being developed and will be released for the advancing culture and progressive forms of government that will be used in the golden age.

In other chambers, the riches and records of ancient civilizations are kept and will one day be released for the edification and blessing of the people. 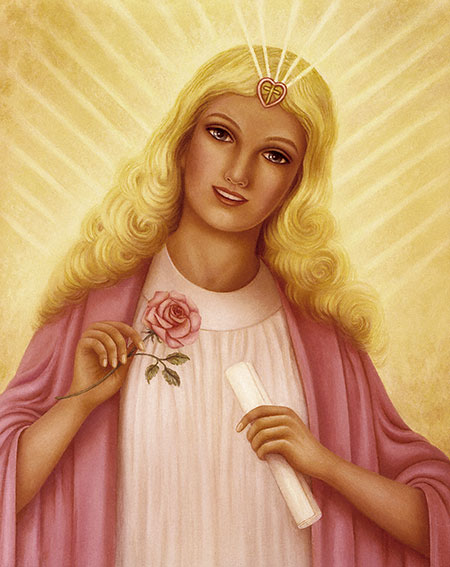 In preparation for the spiritual tests we face the next day, El Morya asks us to call in the name of your own Christ Self to ascended lady master Nada to invoke her assistance on the path. Ask to be taken to each of Jesus and Nada’s Arabian retreat on Wednesday nights to prepare for Thursday’s tests on the sixth ray. (Attending retreats to prepare for the daily spiritual tests is different than attending the two week University of the Spirit lessons at the chohans’ retreats.)

In the name of the Christ, my own Real Self, I call to the heart of the I AM Presence and to the angel of the Presence to take me in my soul and in my soul consciousness to the retreat of Jesus and Nada in Arabia. I ask to receive the instruction on the mastery of the emotions for the flow of peace and the anchoring of the flame of the Prince of Peace to all mankind. And I ask that all information necessary to the fulfillment of my divine plan be released to my outer waking consciousness as it is required. I thank thee and I accept this done in the full power of the risen Christ.

Interested in the life of Jesus?
What about the missing years? 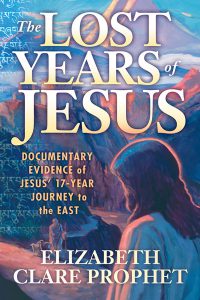 Ancient texts reveal that Jesus spent 17 years in the Orient. They say that from age 13 to age 29, Jesus traveled to India, Nepal, Ladakh and Tibet as both student and teacher. For the first time, Elizabeth Clare Prophet brings together the testimony of four eyewitnesses—and three variant translations—of these remarkable documents. She tells the intriguing story of how Russian journalist Nicolas Notovitch discovered the manuscripts in 1887 in a monastery in Ladakh. Critics “proved” they did not exist—then three distinguished scholars and educators rediscovered them in the twentieth century. Now you can read for yourself what Jesus said and did prior to his Palestinian mission. It’s one of the most revolutionary messages of our time. Buy direct from Summit Lighthouse bookstore or Kindle